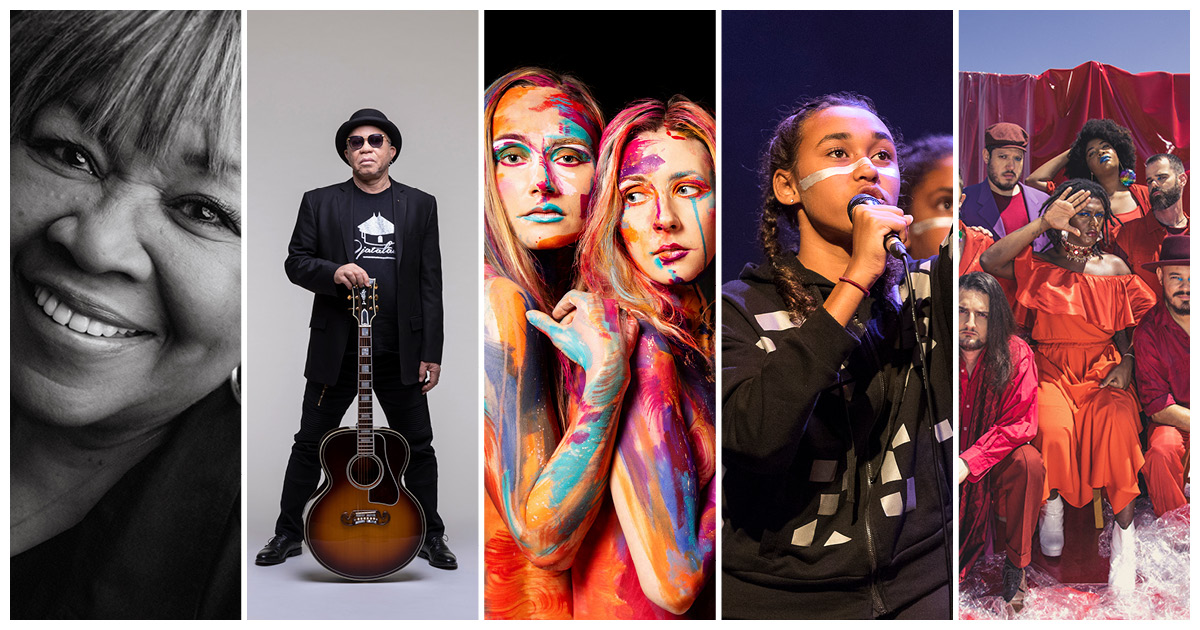 Five WOMADelaide 2020 acts that will restore your faith in humanity

In a world that is seemingly falling apart, with nocturnally tweeting world leaders, melting icebergs and raging wars, there’s a sense that no one really cares about the planet or each other.

Which is why reconnecting with the good things in life – getting back to nature, having thoughtful conversations, and discovering new expressions of art and music, is all the more important right now.

For those who have experienced WOMADelaide, you’ll know that it’s the perfect place to do just that – to find yourself and your people, to sink your toes into the cool grass under the dappled light of Botanic Park’s stunning boughs and get your groove back.

If you haven’t been to WOMADelaide before, it’s a truly unique music festival experience – an event that you rarely go along to knowing, or even caring, who you’re going to see. You go to discover something new, to be inspired, and to connect with the world and its people.

And while every single act at WOMADelaide 2020 will give you a renewed perspective on life, we think these five acts will truly inspire, and restore your faith in humanity… one note, one story, and one beat at a time. 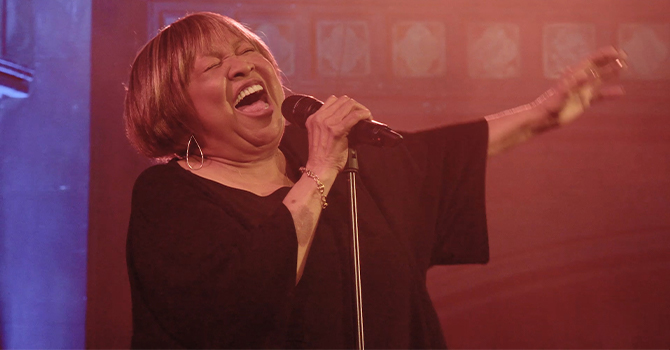 She stole Bob Dylan’s heart, was friends with Martin Luther King, Jr., and was the voice of the civil rights movement.

Now she’s heading Down Under, as one of many acts that will give you a renewed perspective on life at this year’s WOMADelaide Festival.

Rock and Roll Hall of Famer and Grammy Award-winner Mavis Staples has been a beacon of hope for generations. Born in Chicago, Illinois, on July 10, 1939, she began her career with her family group, The Staple Singers, in 1950.

Led by her father Roebuck “Pops” Staples who wrote their songs and backed Mavis and her siblings on guitar, they soon became the spiritual and musical voices of the civil rights movement, on the back of Pops’ close friendship with Martin Luther King, Jr.

After covering Bob Dylan’s A Hard Rain’s A-Gonna Fall rumours circled about her relationship with the iconic folk musician, she later admitted in a 2015 documentary about her life that Dylan had asked her father if he could marry her, but she turned him down.

Hailed by NPR as “one of America’s defining voices of freedom and peace,” Staples is the kind of once-in-a-generation artist whose impact on music and culture would be difficult to overstate.

Her stunning 2019 album We Get By, written and produced by Ben Harper, seeks to empower and evoke change in dark times.

“It keeps me optimistic that things are going to get better – we get by, no matter what. I’ll be there for you, and we’ll get by, we’re gonna make it.” 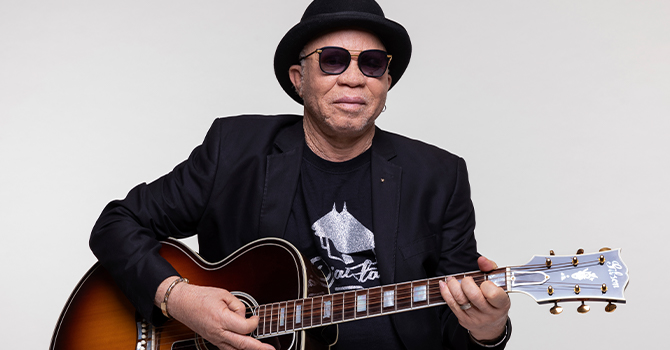 Salif Keita, known as “The Golden Voice of Africa” returns to WOMADelaide this year as part of his farewell tour, celebrating his 70th birthday and 50 years of music making. But it hasn’t all been beats and skittles, the undisputed Ambassador of African Music, has faced many tribulations in his life, due to his albinism, making him “white of skin and black of blood”.

While being different can be hard in any culture, in an interview with The Guardian, Salif Keita said that having albinism in Africa can be particularly harrowing and dangerous. “People with albinism are killed because of old beliefs that say their limbs have powers. This kind of belief is not finished in Africa,” he said. “It is true that people who are different are badly treated all around the world. It is different for me now – people hardly notice I am an albino. If you are famous, you pass unnoticed. “But this work is a duty, a duty to give something back. If I am popular, I must serve others and this is how I do it.”

His latest album Autre Blanc (Another White) does just that, by calling on the world to celebrate difference. While the album title refers to Salif’s experiences of albinism, many of the songs discuss other inequalities, including the difficulties that women face in Africa, with Angélique Kidjo making a powerful appearance on the album, among many other African superstars, including rapper MHD, Alpha Blondy, and Ladysmith Black Mambazo. Salif Keita is currently the namesake of two foundations –one based in Mali and the other in the US – that work to raise awareness of, and combat, prejudice against people with albinism. “We have to speak out. What I am saying is that the colour of your skin is not a handicap…and it’s not very important either.” 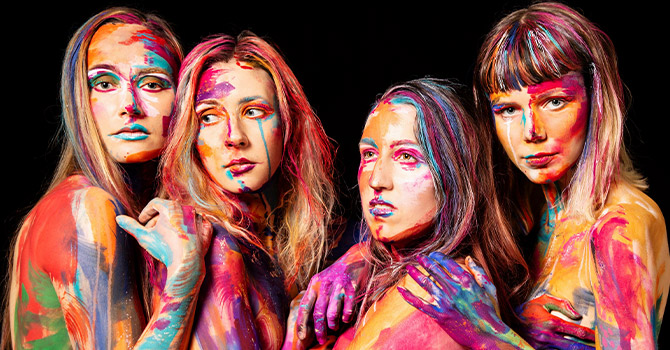 According to the four vocalists who make up the quartet – Venla Ilona Blom, Sini Koskelainen, Johanna Kyykoski and Piia Säilynoja – Tuuletar, means “goddess of the wind” in Finish mythology, and when you listen to their music you will feel the power and spirit of the mythical Finish goddesses they embody.

“We do what we do because we love our language, we respect our roots and we are driven to explore. We dig and search, we conquer and fail, we stay and we leave but never do we stop moving, stop caring, stop respecting,” they say.

“It’s the details that paint together the big picture and it’s the captivating synergy that makes us resonate, imperfectly and incompletely, in a perfect disharmony.”

Since launching their debut record, Tules maas vedes taivaal, in 2016, they have seen unprecedented success, winning the prestigious Finnish EMMA award for best ethno album in 2017, and Finland’s Border Breaking Act of the Year award in 2019. 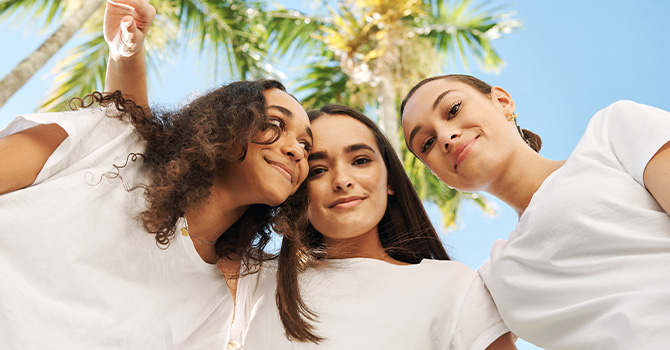 Spinifex Gum is a musical collaboration that celebrates the talent of Australia’s Indigenous youth – humanity restored! Performed by the Marliya singers – a group of young Cairns-based Indigenous women, of the Gondwana Choirs, who sing in English and Yindjibarndi – Spinifex Gum shares snapshots of life in Western Australia’s Pilbara.

Working in collaboration with The Cat Empire's Felix Riebl and Ollie McGill – who were commissioned by the Gondwana Choirs to write a song cycle for them in 2015, the original Spinifex Gum choral work was expanded into a full album and released in October 2017.

“We really wanted to invert what a choir traditionally does. We wanted to make a choir sound like a lead, tough, pop vocal, but still sound lush and beautiful at the same time,” songwriter and producer, Felix Riebl said.

“I wanted to invert the politeness of what people tend to think a choir is, and doing it with the Marliya singers who’ve got so much heart when they sing.”

“I’m really proud to be a part of this project, I’ve had the privilege on this album sing in Nyiyaparli, which is actually a language that’s close to my father’s country,” Emma Donovan said. 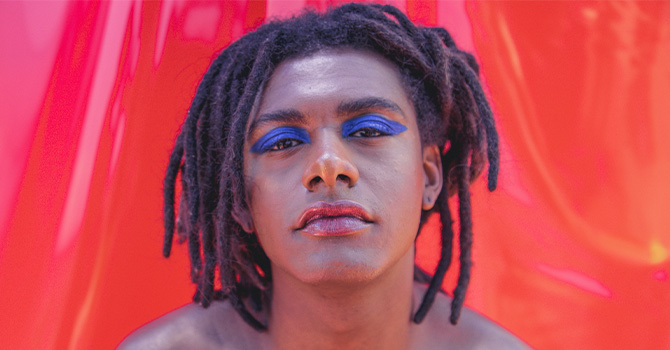 A transgender Brazilian beauty named after an English soccer player is just the sort of performer the world needs right now.

With a voice that will take you to the sunsets of São Paulo, Liniker Barros leads her eight-piece band, Liniker e os Caramelows, with a powerful offering of Brazilian musical hybrid called “samba rock”, that’s all about sharing love.

Forming in 2015 and launching their debut album in 2016, Liniker e os Caramelows has been recognised globally for its smooth mix of Brazilian jazz, funk, and samba, and was recently nominated for a Latin Grammy for their latest album, Goela Baixohas.

In a recent interview with NPR, Liniker said that her most famous song Zero is a celebration of love and connection.

“Zero is a song that talks about things in life we need to re-frame and follow,” she said.

“It’s about a moment when I see people sharing and giving each other love, and it’s beautiful. It’s important for us to talk about love. Always.”

Whether you prefer enjoying lush ballads under the shade of a Moreton Bay Fig, or want to get up and move your body to majestic African-based rhythms, Liniker will provide you with the ideal soundtrack to WOMADelaide’s “go your own way” vibes, through the universal language of music.

“I don’t sing in English but I think we have a connection because we have music to share,” Liniker said.

“I really feel it connects us, because it’s true, and we made all this (music) with all the heart that we have.”