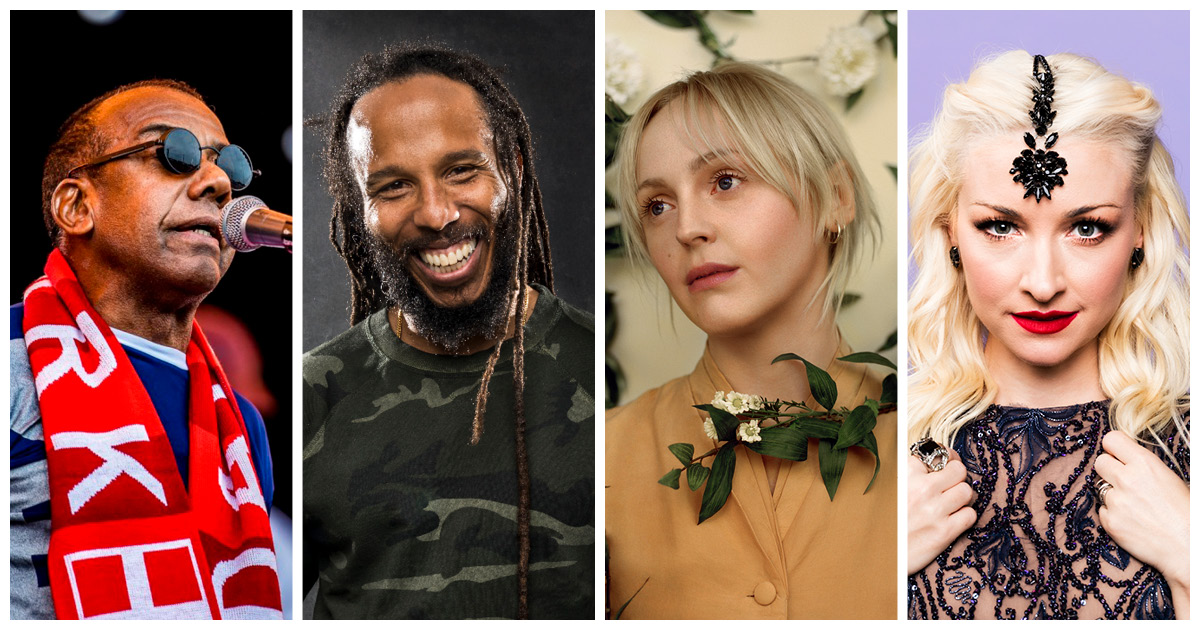 From his early immersion in the music industry, as he sat in on recording sessions with his father, reggae legend Bob Marley, Ziggy Marley has gone on to release eight records with The Melody Makers and seven solo albums, four of which debuted at #1 on the Billboard Reggae Album Charts. Amongst his many awards is a Grammy for Best Children’s Album for his first children’s album Family Time in 2009 and a daytime Emmy for his track I Love You Too, which shares its title with his 2012 debut children’s book.

Joining Marley is the darling of modern folk, singer-songwriter Laura Marling from the UK. Winner of the 2011 Brit Awards for Best British Female Solo Artist and Best New Artist at the 2011 NME awards, Marling has gone on to release seven studio albums. Her maiden performance at WOMADelaide will be a stripped-back solo set.

Also announced today is ‘the King of Samba Rock’, Jorge Ben Jor. One of the biggest stars of Brazilian music, Jorge Ben Jor became a global sensation in 1963, with the release of his first album and the smash hit Mas Que Nada. His smooth and distinctive mix of samba with Bossa nova, funk, pop and rock placed him at the forefront of the ‘jovem guarda’ (young guard) and ‘tropicalia’ (tropical-psychedelia) movements.

“WOMADelaide plays host to an incredible program of traditional and contemporary music, arts and dance from around the world,” said WOMADelaide Director, Ian Scobie. “Being able to bring together such diverse artforms – from spiritual and trance music to folk and funk music, contemporary dance and theatrical site performances and circus - in the space of only four days, in such a beautiful environment, is what keeps this festival so vibrant.  It is a one-of-a-kind event and our 21st edition is no exception.”