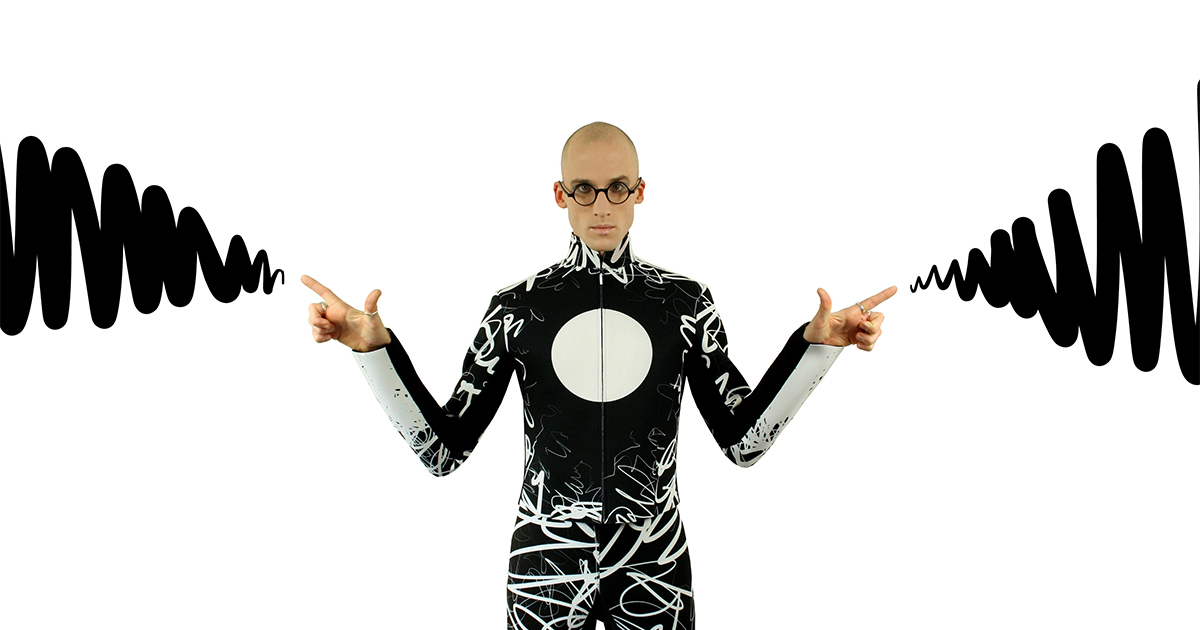 Making his triumphant return to WOMADelaide for the first time since 2013, Mr. Bruce aka lead-singer of duo The Correspondents, gave us his word on the must-listens of 2019.

"WOMADelaide is one of those festivals that you can rely on to discover great new music and each year the lineup can lead you down some avenues that you wouldn’t have otherwise found. So thank you WOMADelaide!"

Spoiler! First up on the list is the flamboyant and formidable Baloji. "Baloji has been on repeat in my studio" says Mr. Bruce and like the South London duo, Baloji is an "artist who ain’t afraid of traversing genres". A musician, poet, film director, a man of images and ideas, Mr. Bruce certainly ain't wrong. "His live shows look insane" says Mr. Bruce and anyone familiar with a Correspondents live set knows how much of a compliment that is.

"So looking forward to seeing Baloji and his crew"

Another artist that has crept into Bruce's Recently Played list are fellow South Londoners, Fat White Family. Their "latest single Feet has shaken me up" in a new and ominous new direction for the band. The "Dystopian disco is an oxymoron, but they’ve made it work with string stabs included". If you haven't yet stumbled across Fat White Family, allow this to be your formal introduction.

3. Christine and the Queens

One of the most-hyped acts at WOMADelaide 2019, Christine and the Queens have got many people excited for their intensely physical, choreographed live show. One such fan is Mr. Bruce, who has "enjoyed Christine and the Queens new album", described by Pitchfork as “an electric blend of unforgettable imagery, emotional depth, and lurid pop-funk”. The album has made quite the impact on the Correspondents lead-singer, who has since been encouraged to "delve into Janet Jackson's back catalogue, which take some doing!"

"She has made me delve into Janet Jackson’s back catalogue, which takes some doing!"

Number four on the list is a "a band we recently played with, called Wooze", another throwback to their roots in South London and another electrifying duo. The duo consisting of Theo Spark and Jamie She, "are on the rise and deserve to be" says Mr. Bruce. "Sitting somewhere in the middle ground between Sparks and Led Zeppelin", they're a band on the rise, letting these influences take them to another level. "AND they dress in yellow. Religiously."

Fresh from his appearance in Triple J's Hottest 100, with a spot on Hilltop Hoods "Clark Griswold", Adrian Eagle has made his way onto Mr Bruce's musical radar. Best New Artist at the SA Music Awards in 2018, the Eagle is soaring and Mr. Bruce isn't the only one taking notice. His sweet and soulful voice and inspirational lyrics on tunes such as 17 Again are hard to ignore and as Mr. Bruce says "is clearly someone to look out for on Sunday Night."

A vinyl pick-up is always worth talking about and Mr. Bruce is ecstatic to share he "just picked up Bjork's 2004 release Medulla", one of his all time favourites. Medulla is "her acapella album where she collaborated with beat boxers and the Icelandic choir", which Mr. Bruce says inspired him "to start laying down vocal sounds in tracks and see how far I get". He assures us however, "don't be alarmed, I will not be beatboxing anytime soon. No-one needs to hear that".

The Correspondents return to WOMADelaide for One Show Only on Saturday Night. If you were there in 2013 you'll know how much energy goes into their hi-octane, genre blending set, not to mention the insane dance moves of Mr. Bruce and the dance beats of Producer, Chucks. Back with a new E.P. featuring one of our favourite tracks of 2018, "Who Knew", make sure you're front and centre to experience the unique aesthetic and insane energy of The Correspondents!