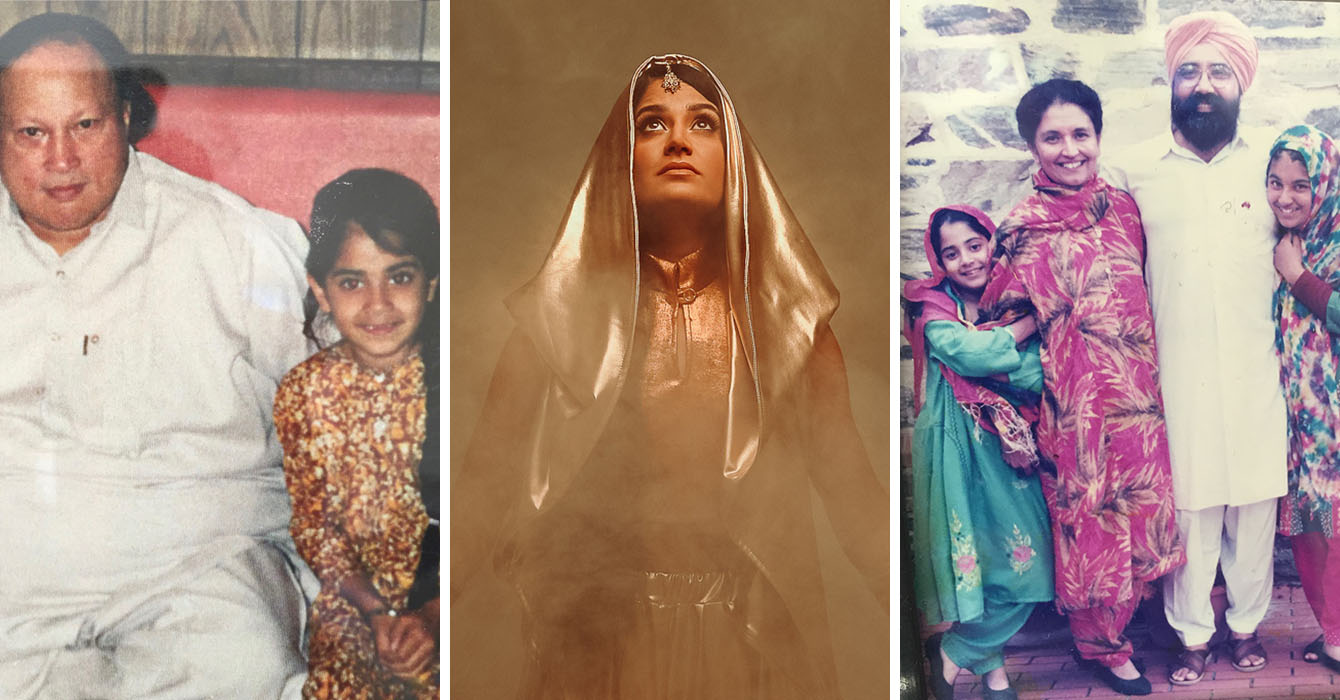 According to the WOMADelaide history books, Punjabi-Australian singer, Parvyn may have been the youngest artist to perform at WOMADelaide 1992.

Parvyn has performed worldwide with her father Dya Singh since she was a child.

“I was 6 years old when I first played WOMAD with my family,” Parvyn explains.

“I don’t remember the actual gigs but I remember meeting Nusrat Fateh Ali Khan. One of my absolute favourite memories across all the WOMADs was sitting on a blanket in my dad’s arms as the stars came out listening (half falling asleep/looking at the stars) to Nusrat Ji. 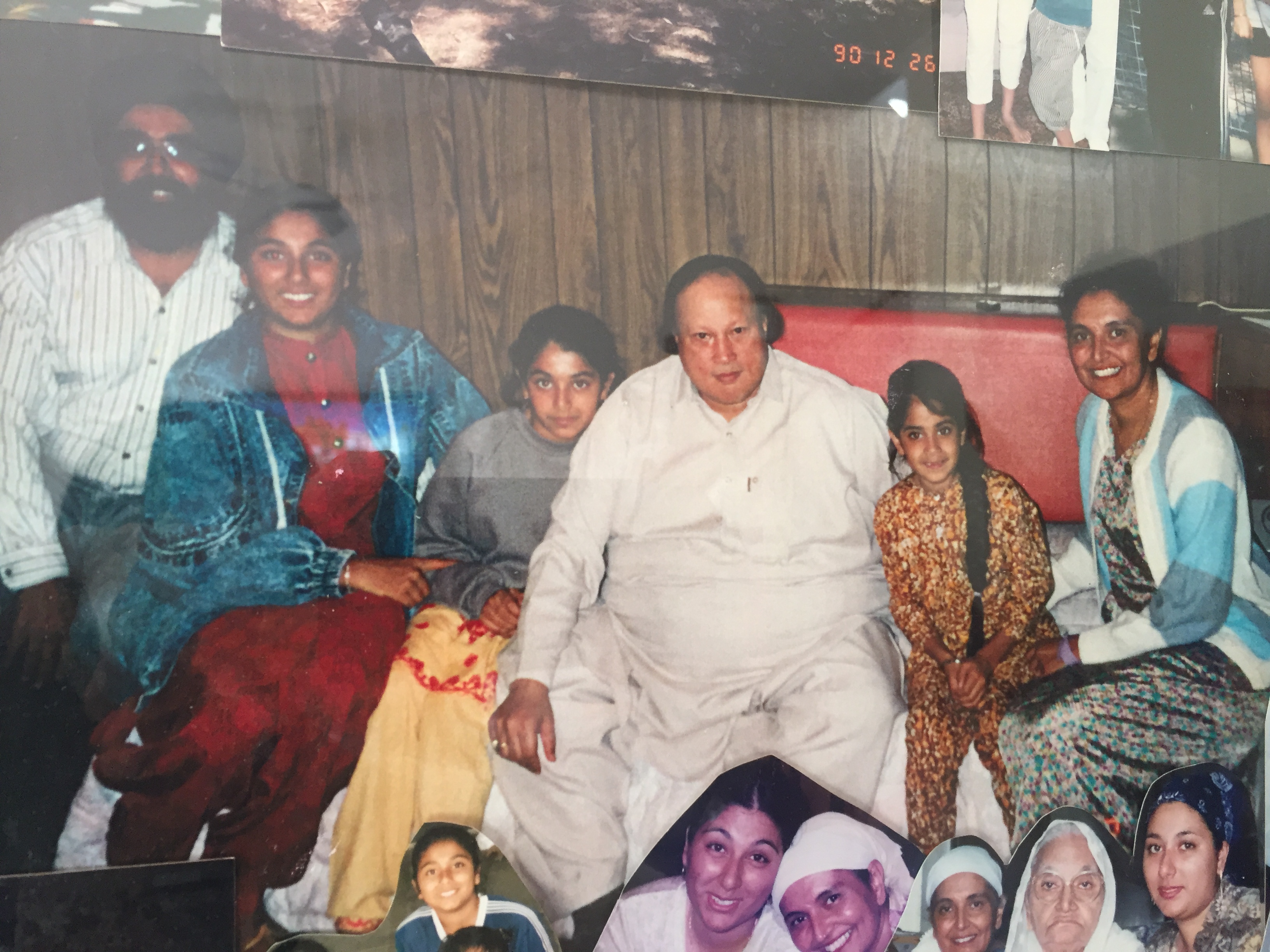 The next year at WOMADelaide 1993, Parvyn met another one of her idols, Sheila Chandra.

“I remember meeting Sheila Chandra backstage and being totally spellbound and awed by her presence. She’s been a big influence on me since and I recently reached out to her and sent her my record which she promptly responded to positively with encouragement and praise and has even supported me by passing it on to other industry folks and gave me some good advice during the release process. She says she remembers meeting my sisters and I with my dad at the festival.” 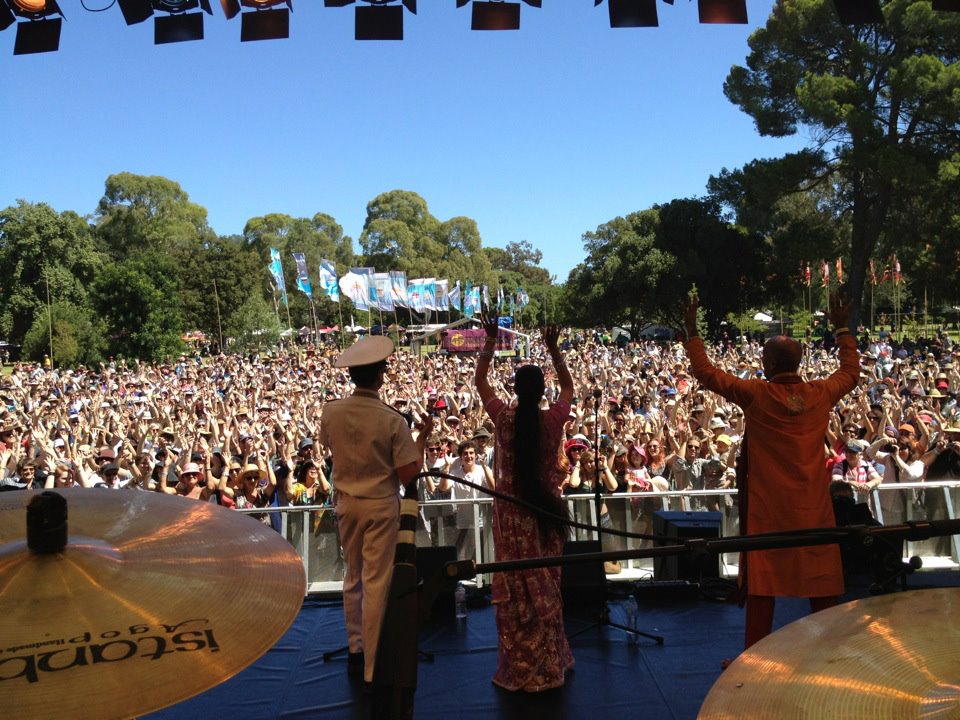 The Bombay Royale performing at WOMADelaide 2012

Since then, Parvyn has performed at and attended WOMADelaide a number of times, most memorably with fan favourites The Bombay Royale in 2012. In 2004 Parvyn saw Zakir Hussein and Sultan Khan perform, which was one of her highlights over the years.

“It was such a great opportunity to see the masters of Indian classical music in my hometown. It made a small town girl feel like I was in the centre of the world.”

As well as being at the first WOMADelaide, Parvyn was at the last WOMADelaide - at Botanic Park - in 2020. She was watching Matt Corby perform the final performance of the night. It was the last festival she attended before the world changed.

“I’ve held that feeling of being there this whole time and geez, am I ready to feel the festival vibes again!”