WOMADelaide, the iconic open-air festival set in Adelaide’s stunning Botanic Park, is an award-winning celebration of the very best of the World of Music, Arts & Dance. 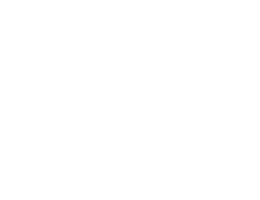 WOMADelaide is a four-day festival of Music, Arts and Dance celebrating cultural and creative diversity held since 1992 in Adelaide’s beautiful Botanic Park. The festival has become a truly unique part of the Australian festival landscape, showcasing the best, the essential – and the surprising – in global music, dance, art and ideas.

The capital of South Australia has a history of cultural vision and social reform and is known internationally for its thriving arts festivals. Adelaide has a proud musical heritage, being the first Australian city to establish a tertiary music institution in 1883, and since 2015 has been Australia’s only designated UNESCO City of Music – a worldwide network among cities that have identified creativity as a strategic factor for sustainable urban development.

WOMADelaide attracts around 18,000 - 20,000 people per day, (not including children 12 and under who are admitted free) with over a third of attendees generally coming from interstate and overseas.

Every year, around 500 artists from 30+ countries perform on 8 stages spread across a 34-hectare venue space in Adelaide’s magnificent Botanic Park, ranging from small, intimate stages nestled in the trees, to two major stages that can support large ensemble acts and cater to capacity audiences. The festival also programs large-scale installation works, lively discussion panels, workshops and many other unexpected performance areas, offering a kaleidoscope of experiences and avenues of cultural discovery. During WOMADelaide, Adelaide transforms into a truly global city unmatched anywhere else in Australia.

WOMADelaide offers a rich variety of programming initiatives, including the popular The Planet Talks discussion forum, and the Taste the World food and cooking demonstrations that feature festival artists introducing audiences to the food and culture of their homelands. The KidZone is a dedicated space for children, with nature-play activities, stories, singing, dancing and educational entertainment in a fun and engaging family-friendly environment. The Global Village features over 100 international food, retail and community stalls, and the Healing Village provides a range of relaxation, remedial, and alternative therapies for weary festival bodies.

Being mindful of the range of issues affecting people and cultures around the globe the festival has adopted a strong protocol of environmental awareness through its management and staging. Greening Australia works with WOMADelaide to offset the ecological footprint of the festival, with $2 from every WOMADelaide ticket purchased invested in native biodiverse tree plantings. Likewise, sustainable waste management is an important part of the festival’s operating considerations with the ongoing development of a zero-waste-to-landfill policy to divert waste away from landfill and into sustainable pathways. See our Green + Global page for further information on the festival's sustainability efforts.

We acknowledge the Kaurna people as the Traditional Owners of country in which WOMADelaide is presented, and recognise their continuing connection to land, waters and culture. We pay our respects to their Elders past, present and emerging.

WOMADelaide is produced and presented by the WOMADelaide Foundation and managed by Arts Projects Australia and WOMAD Ltd.