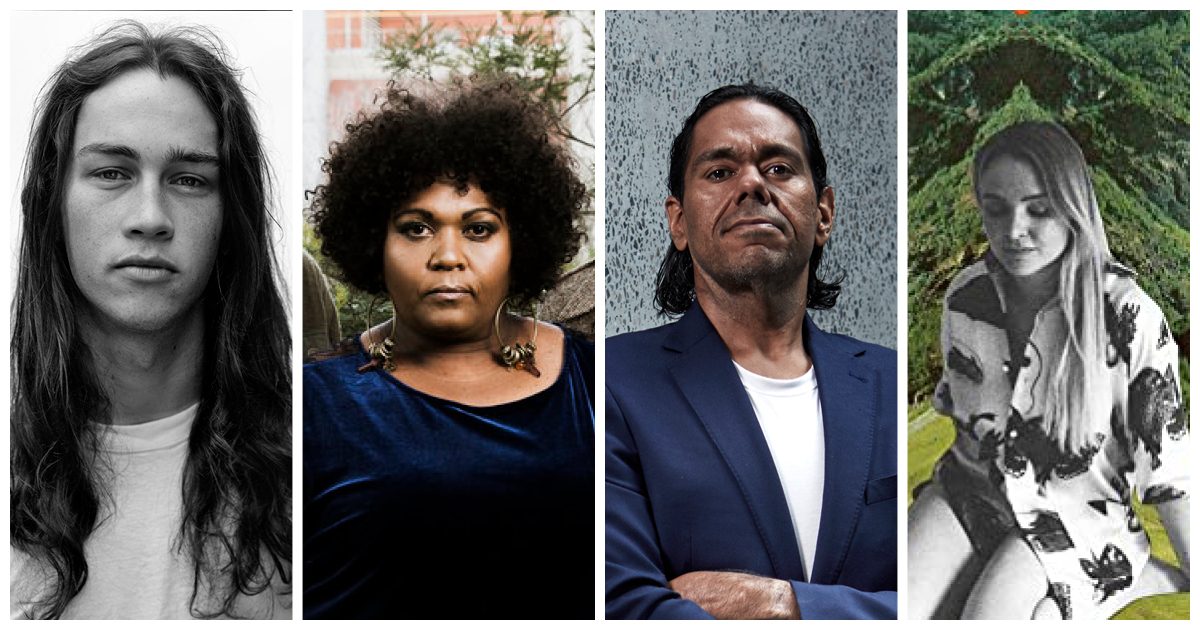 Support Australian artists through COVID-19. What have you been listening to?

By most measures, 2020 has so far been... pretty average. But that hasn't stopped some of our beloved Australian artists from turning out a stream of exciting new music, projects and collaborations.

While we're all very much experiencing our own unique versions of this pandemic, it's fair to suggest that your favourite musicians may have been hit harder than most with the widespread decimation of the live events and touring industries. If you can seek out their music or even buy some merch, now's the time! And if it's direct from the artist, (purchased through bandcamp rather than streamed on Spotify for instance), even better.

We've pulled together a random selection of WOMADelaide alumni that have been keeping us entertained and inspired with new material in these days of lockdowns and social distancing. Happy listening!

Released in May, the second album from duo Kirsty Tickle and Jonathan Boulet is as swirling, cinematic and sonically unrelenting as their live performances at WOMADelaide this year. Buy it here.

Another conversation starter from Briggs, Go To War is a formidable pairing of these two vital Australian voices, and features on the just released Always Was EP. Read more via Triple J here.

Released in August, Electric Fields contributed the iconic From Little Things Big Things Grow, with versus in language, for the 2020 version of the star-studded compilation Cannot Buy My Soul - The Songs of Kev Carmody. Listen here.

The Sydney-based experimental instrumental ensemble we hosted at WOMADelaide 2017 have just released a brand new album Timeslips. Have a listen and purchase via their bandcamp here.

Emma Donovan backed by 5-piece hit machine The Putbacks, and the first single from their much-anticipated new album. Definitely worth a listen! Check it out on bandcamp here.

Midnight Oil's first new music in almost 20 years, and at least that long since they last played WOMADelaide! Here they team up with special guests Kaleena Briggs, Bunna Lawrie, Dan Sultan, and Joel Davison, for the first single from their forthcoming mini-album ‘The Makarrata Project’. Read more here.

Join Archie from his kitchen table for a virtual tour celebrating 30 years since the release of his award-winning debut album, Charcoal Lane. New stories, reflections and interviews with special guests added every week. Watch it here.

Something for the kids!

Play School Show Time invites Australia's most iconic performers and entertainers to perform special renditions of a song, story, skit or nursery rhyme! We've spotted some of our faves The Cat Empire, Baker Boy, and Montaigne so far, see who else you can spot via ABC's iView.

Didirri’s third song of 2020 thus far, The Critic is the refreshingly self-reflective lead single from his upcoming Sold for Sale EP, due to be released later this month. Check details on his website here.

A new live recording of two of William's works for string quartet and didgeridoo Petrichor and Birdsong at Dusk, recorded live with members of the Sydney Symphony Orchestra, for their Chamber Sounds series. Watch the performance here.

NO ZU - Talking To A Stranger

The first new music since 2017 from the wild horns and deep synth grooves of probably our favourite heat beat band. Get amongst it here.

Emma Swift - Blonde On The Tracks

Released in August, this nifty collection of Dylan songs has been described by The Guardian as "a beautiful piece of work by a singer with a rare interpretive gift, comparable to Emmylou Harris’s Wrecking Ball in its intent, execution and intimacy." Buy it via bandcamp here.

Another evolution from the gifted South Australian 23-year-old showcasing her musical versatility and self assuredness as a rapper and songwriter. Listen here.

The Avalanches - Music Makes Me High / Take Care In Your Dreaming

Working through lockdown to finish a new record, The Avalanches have released two singles “Take Care In Your Dreaming” with verses by Denzel Curry, Sampa The Great and Tricky, and “Music Makes Me High” an uplifting house jam. Listen/order here.

Let us know what you've been listening to!